5 Signs He’s Not That Into You 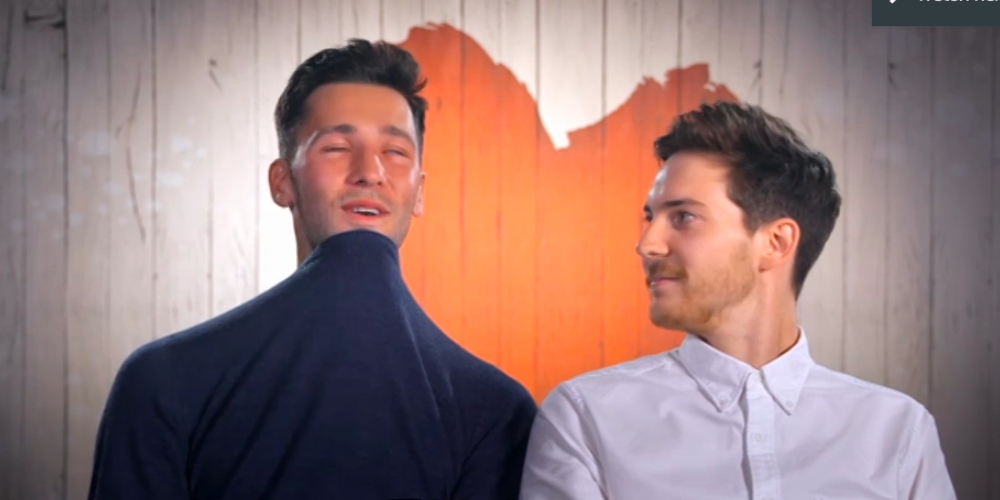 1. He doesn’t ask you about yourself or your life

If a guy shows no interest or excitement over finding out who you are, it’s not a good sign. I dated a guy like this once and it was the strangest thing. He literally asked me nothing about myself! And when I offered up pieces of information it didn’t even register. When I told him I write about relationships for a living there wasn’t even a flicker or intrigue (I mean, I know I’m not curing cancer here but come on!).

When we like someone, we can’t get enough. We want to know every story, every detail. When I was single, my litmus test in determining how much I liked a guy was how much I want to know about him (it was a good test because with my husband, I couldn’t get enough and even after our 7-hour long first date there was so much more I was dying to know!).

If after a date I felt satisfied and literally didn’t have any questions I felt were left unanswered, I would move on to the next. So basically the takeaway is if a guy shows no interest in your life, your hobbies, what you enjoy, etc., he’s really just not all that interested in you.

2. He doesn’t reveal things about himself.

On the other side of the coin, if a guy doesn’t tell you anything about himself, it also means he’s not really feeling it. When we share information about ourselves with someone, we are investing in them. We are inviting them into our world because we see the potential for them to become a part of it. When a guy sees no such potential, he’ll offer up the bare minimum. You’ll get the basics: where he’s from, where he went to school, how he got into such and such line of work ….all the things you can just as easily find out on Facebook and Linkedin.

If a guy is into you, he will open up and will peel back that outer layer. He might not necessarily bring out all the skeletons in his closet to play, but he will share information that is more real. There is a big difference between knowing about someone and knowing someone.

3. Waits too long to set up the next date

If you go out with a guy and he makes no indication of ever wanting to see you again, or he waits a few days to call (it’s one thing to do this after the first date, quite another to keep doing it after the second, third, or fourth), it means he’s on the fence about you and isn’t really feeling it.

Why does he continue asking you out? Probably because he has nothing else on the horizon and … why not? If a guy is into you, he’ll make it known that he wants another date. He might mention other date ideas he has for the two of you (he’ll find a way to slide it in there, like you say you love Indian food and him being like “I know a great Indian restaurant I’ll take you to next time”), or he’ll flat out tell you he wants to see you again.

If his calls or texts are few and far between, he isn’t interested enough to have anything beyond whatever it is you have right now.

4. He gives you excuses about why he didn’t call

He’s busy, he’s stressed at work, he has a million things going on, blah blah blah. If he’s into you, it doesn’t matter how busy he is, he’ll take 30 of the 86,400 seconds in a day to reach out to you, even if it’s just to send a quick text.

A guy pulling out the excuses early on is always a bad omen.  There’s no stability or certainty in the beginning of a relationships. For all he knows you have a line of guys waiting for their shot with you. If he’s into you, he won’t risk some other guy snatching you up while he was “too busy” working on a project.

Another bad sign is if he doesn’t call when he says he will.

If a guy says he’ll call you tomorrow and then doesn’t call until two or three days later, it means you’re just not a priority to him and he’s neither here nor there with the relationship. If you wanna go out with him again, great. If you start dating someone else, whatever. If a guy is into you, he’ll call when he says he will.

Looking back on my own extensive dating history, the guys who called when they said they would were the ones who were serious and very into me. And things never lasted more than three dates with the guys who made me sweat it out. When a guy likes you, he’ll bring his A-game. Men are competitive by nature. No guy is gonna let a girl he likes get snatched up by some other dude.

I’ve said it before and I’ll say it again, when a guy likes you, it’s obvious…as in no secret codes or hidden clues to uncover. If you have a suspicion that he’s not feeling it, it’s probably because he isn’t (I recommend you read my article on the importance of trusting your gut for more on this).  He may want to hang out with you, he may want to hook up with you, but that is not the same as being with you.

I know this one is the hardest to digest and you’ll probably fight it with all your might and think that your own insecurities are the reason you suspect he’s not interested….and not the fact that he might actually not be interested.

If a guy wants you, you’ll know it. He won’t make it a mystery, he won’t try to confuse you. In fact, he’ll do the opposite, he’ll make it clear as day that he’s interested so as not to risk losing you.